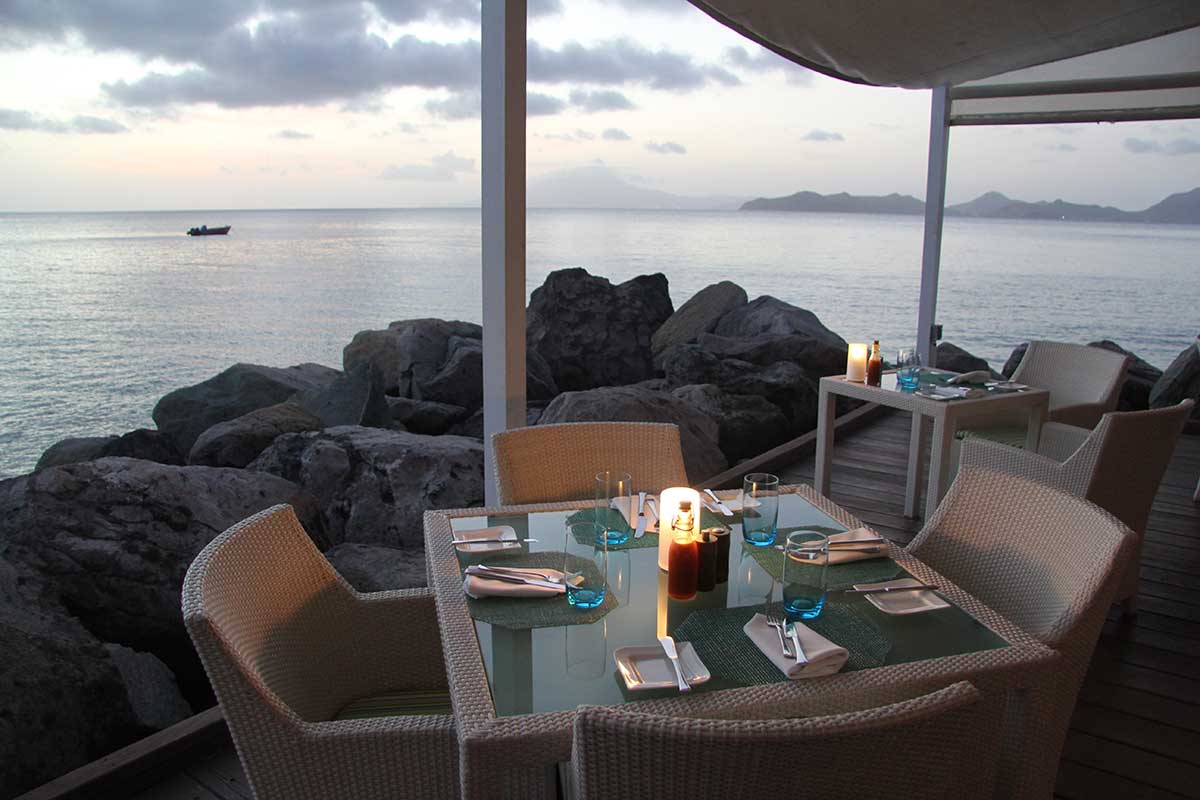 Dinner by the water in Nevis

As the sun set on November 11, 1493, the tiny island of Nevis was spotted by Christopher Columbus. Without the technical accoutrement, we almost take for granted these days, he relied upon the balmy trade winds of the Caribbean and a compass as he spotted this gorgeous island again two day later, on November 13, 1493. No doubt the usually cloud-capped central mass, now known as Mount Nevis, was the first thing he noticed before making his way ashore. I would say that it’s not hard to miss such a sight, but the waters surrounding this volcanic island are so clear that I can envision these navigator’s eyes being drawn toward the sea. Luckily for us, they were far less easily distracted than I. Without the discovery of the island, I have little doubt that the Four Seasons would not be where it is today…on the shores of Nevis, catching the eye of every passing vessel.

The resort has just undergone a facelift, added new umbrellas to dot the beach and pier, added a sunset bar and light fare out at the point of the dock, perfect for catching the sunset. The executive chef has redesigned the menus so if you’ve been before, you’ll need to come again. The new rosé and beer on the pier is catchy by nature and no better place to be to enjoy either of those adult beverages and the evening’s display of fading light. The “pop up” beverage concept takes place on Wednesdays, beginning at 4:30 pm and carries on through sunset. I did an evening there for pre-dinner drinks and then headed off to Mango’s which is right on the water.

The barracuda appear to guard Mango’s restaurant and simultaneously entertain the guests. After the sun has set and darkness falls, these fish become a scene-stealing attraction as the in-water lights illuminate the shallows and attract the smaller fish for the barracuda to feed off. Nature, nurtured by a little technical support has yet to hurt anyone here at this seaside restaurant. The undulation of the waves was so tranquil the night of my visit. You know those thick rolling waves that crest but never break the surface, causing a white-cap? Those big boys rolled in as though the sea were breathing, deep, heavy sighs of relaxation. I could barely pay attention to the menu and my dining companion. I was entranced by the scene. Once the rolling sea became a little lighter and calmer, the shimmer of the barracuda were on full display as they darted to catch their evening meal. Speaking of which, I enjoyed the new menu. I did the fried snapper. That’s done island style but moist because if you have had it elsewhere like in the Dominican Republic (boca chica style) or other destinations where it is fried to a crisp, this is different. Chef was so kind that he came out of the kitchen and made several recommendations. When I went with the whole snapper, he had to warn me that it was head-to-tail intact when brought to the table and it was moist. The fish, although lightly dusted with cornmeal and fried, was cooked at the perfect temperature for the perfect amount of time to not lose any moisture. I was intrigued so I went for it. Upon its arrival, the snapper did not disappoint. The conch chowder, made New England style, with Nevisian spice was what I has as a starter. It’s a new addition to the menu and it is brilliantly crafted. There’s the familiarity that comes from a chowder and the juxtaposition of this one with all the spiciness of the islands is a wakeup call to the taste buds. Pair that soup with grilled octopus on the water’s edge and I am sure you will agree that this combo is a perfect appetizer to kick off the meal. It’s all about the sea at this restaurant, visually, gastronomically and sensually, the sea is a part of this establishment. I sipped the Nevisian margarita along with my meal. The mixologist goes to great lengths to utilize fresh herbs and spices from the hotel’s gardens to infuse her liquors, syrups and elixirs. This was the right amount of spicy and delicious. If you eat at Mango’s during lunch hours, you may be treated to a bit of mist from the sea during a higher tide, but whatever time of day you dine, there’s no mistaking that you’re on the water.

Since you’ll surely stay a while, here are some side notes. The resort has a total refresh coming this December in all rooms and suites. The wall coverings, light fixtures, furniture and amenities have all be taken to a new level of luxe and pastel. There’s an infusion of pink and baby blue, along with white-washed finishes that will brighten your stay. Be sure to book a day or two right on the sand in one of the resort’s Luxury Beach Houses. This is what they call their cabanas and they live up to their name, fully decked out with TV, WiFi, butler-type service, a couch, dining area, sheltered beach chairs, chairs on the sand, chairs by the sea and then a hammock. Just in case you want to lounge and not sit. Think of this as your outside living area, only feet away from the water’s edge. 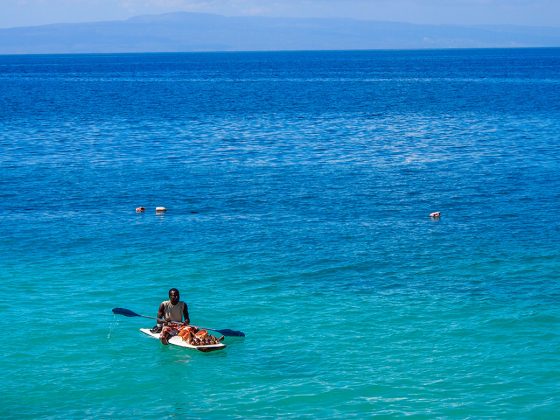 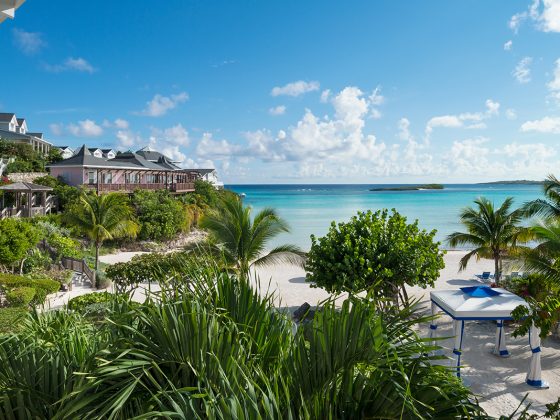